A couple of weeks ago it was my bf’s sister’s engagment party.
She held the party in Greenwich, London, overlooking the Thames and the Dome. I must say, it’s such a beautiful place, especially at night when it’s all lit up and reflecting off the water, so serene!
It was a mad panic to get ready that morning; to get dressed, make sure that we had everything planned and then pack the car — I was particularly worried about the cupcakes I had made, because they were so fragile I didn’t want them to get smushed or broken. Luckily they were all safe and sound.

When we got to the venue, we put up the bunting and balloons and laid the tables with decorative confetti. Her colour theme was white and silver, and it had a very shabby-chic feel to it, which was perfect for the occasion. 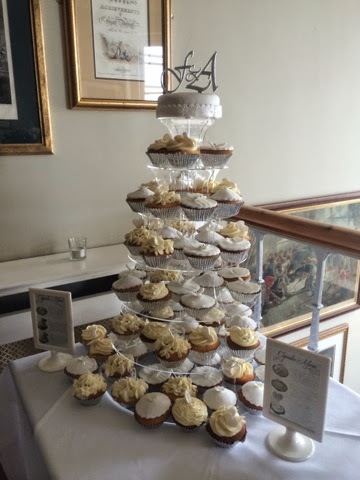 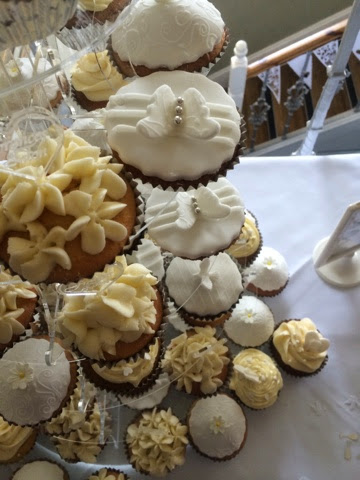 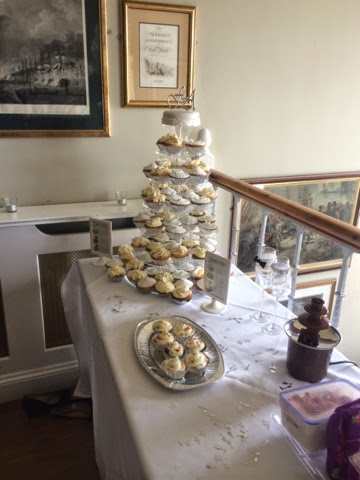 The cupcakes were displayed on a seven-tier cupcake stand which I’d managed to buy second hand from eBay.
I was SO nervous about meeting the family. Although I’ve been with my bf for three and a half years, I hadn’t really had the opportunity to meet many of his family members because they live so far away. I was even more worried about meeting the friends though, mainly because I’m shy and easily intimidated, I can’t help it! 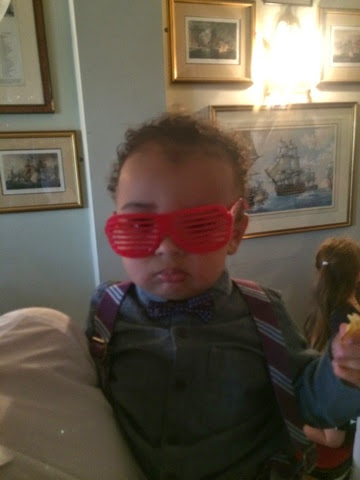 I also helped put together some party bags for the kids, which went down really well! Party bags can be so expensive, it’s crazy! It’s definitely worth shopping around for. These glasses were from Wilkinsons, 4 pairs for £1. SO funny! 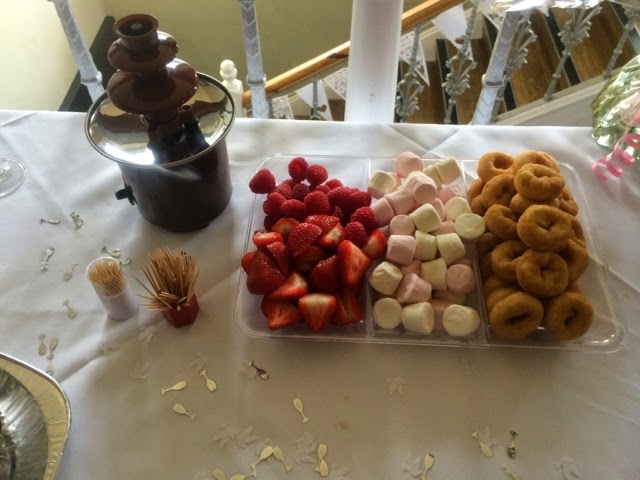 The kids eyes lit up though when the chocolate fountain was unveiled. Oh. My. Goodness, what a mess they made! Totally worth it though 🙂
In the evening the family left and friends stayed on until midnight. The venue had it’s own nightclub so we were able to dance the rest of the night away.
I hope they had a brilliant party. I certainly had a good time 🙂