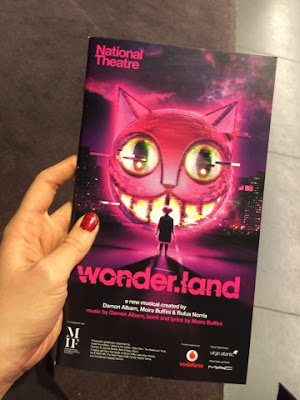 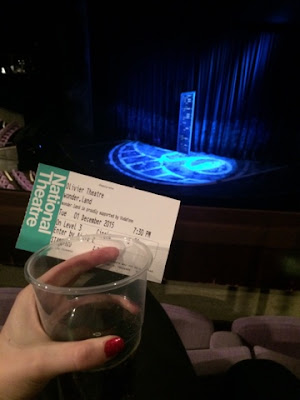 For my Birthday, my bf bought us tickets to see Wonder.Land at the National Theatre in London, just along the Southbank. If you know me then you’ll know that I LOVE Alice in Wonderland. Seriously. I can’t explain why exactly, but there’s something about her that I adore and I was given strict instructions not to Google the show beforehand as he didn’t want the surprise to be ruined.
The theatre itself was really confusing! I’d found out that the National Theatre has multiple theatres inside, a little bit like a cinema, so that a number of different performances can all take place at the same time. While the layout of the place was odd, it did mean that there was lots of room for Alice related displays and even a gift shop! 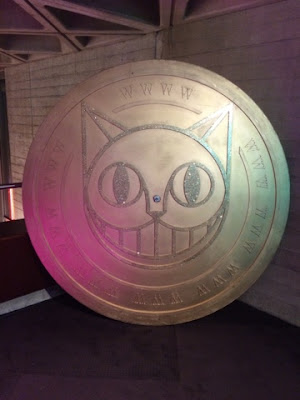 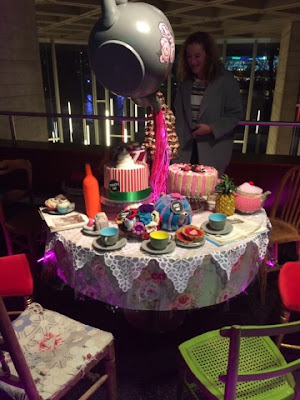 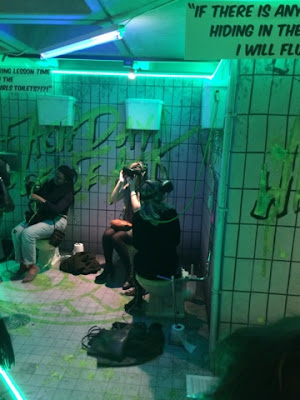 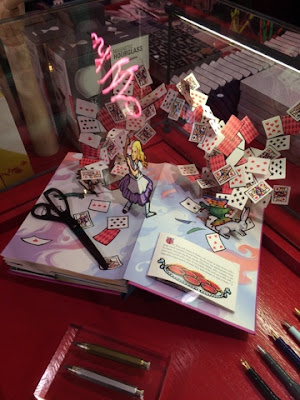 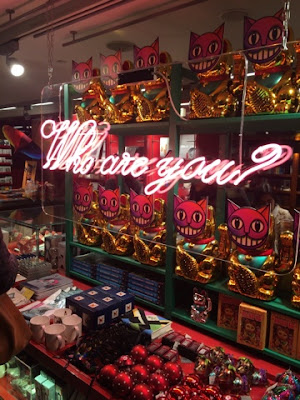 The play has received mixed reviews from critics online, but I actually found it really enjoyable. I think a lot of people may have been expecting a ‘serious’ performace that follows the classic ‘Alice in Wonderland’ storyline, but that certainly isn’t what Wonder.Land was about, and if that’s the kind of thing you’re in to, well then I don’t recommend you see this. Personally though, I really enjoyed the modern twist and I think you have to just take it for what it is.
The story follows a young girl called Aly, who is fed up with her life, jealous of her baby brother and, having to move to a new school after he parents separated, is being bullied. To escape from her problems she logs on to a mobile phone game/app called Wonder.Land, where she creates an Avatar (Alice) who is the complete opposite of her; blonde hair, tall, thin and pale skinned. There is only one rule in Wonder.Land… no malice! Aly becomes addicted to living in this virtual world and makes friends other Avatars, including Dee and Dum, the caterpillar and Dodo, who she discovers all have their own issues. Aly’s problems worsen though, when her phone is confiscated by Ms Manxome, Aly’s schoolteacher. Without her phone, Aly is devestated, but unbeknown to her, Ms Manxome takes over her Avatar and demands to rule over the kingdom, calling herself the Red Queen. When Aly finds out, she breaks into the school and catches Ms Manxome red handed, however by this point the Avatar has caused so much destruction in Wonder.Land that her account is close to being terminated by the Administrators. The Police are called and Aly looks guilty of breaking and entering, however Aly’s dad reveals that Ms Manxome has been buying add-ons in the game with real money – Aly’s money! She is then arrested for theft. Aly then decides that she’s happy to close her Wonder.Land account as she has learned that she is happy being herself and that she can finally stand up for herself too.
Since photography wasn’t allowed during the performance, the following pictures are from the National Theatre website: 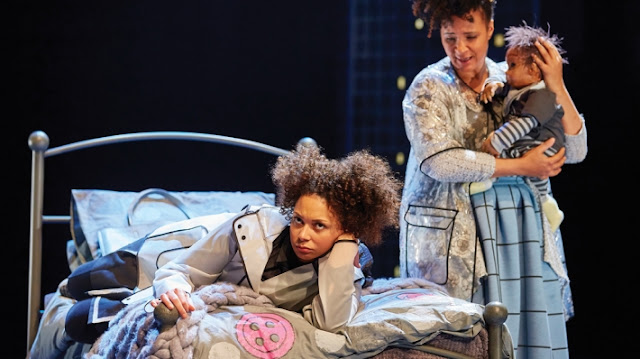 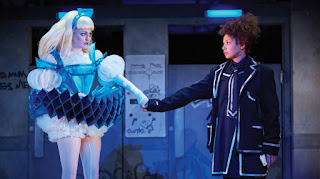 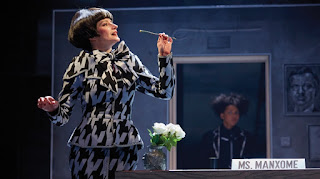 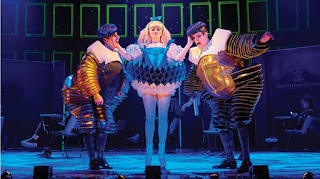 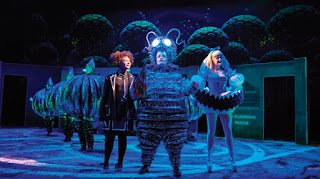 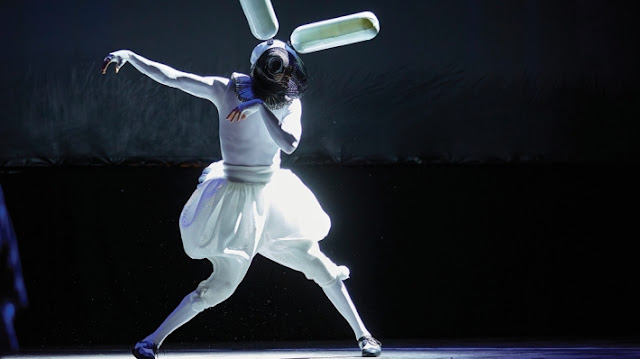 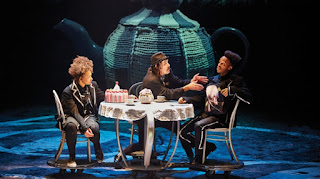 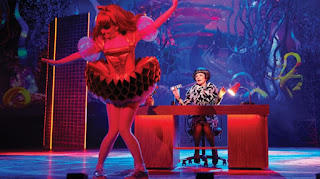 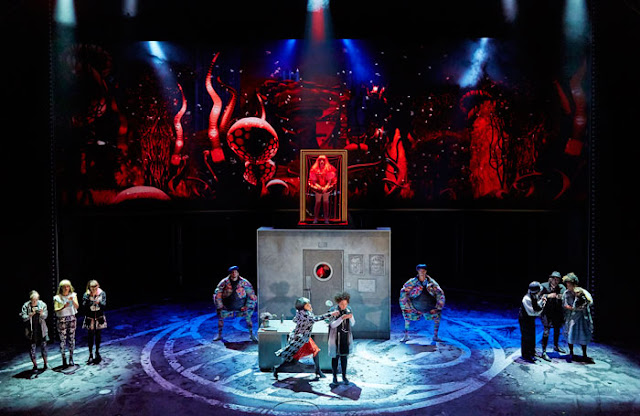 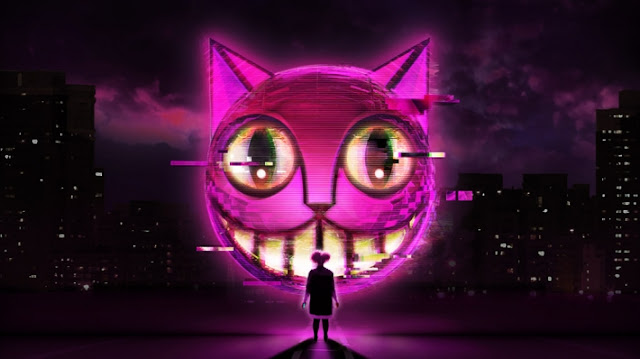