This week I’ve been reading ‘A Walk To Remember’ by Nicholas Sparks. 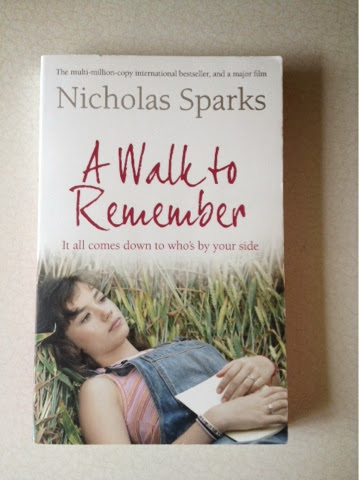 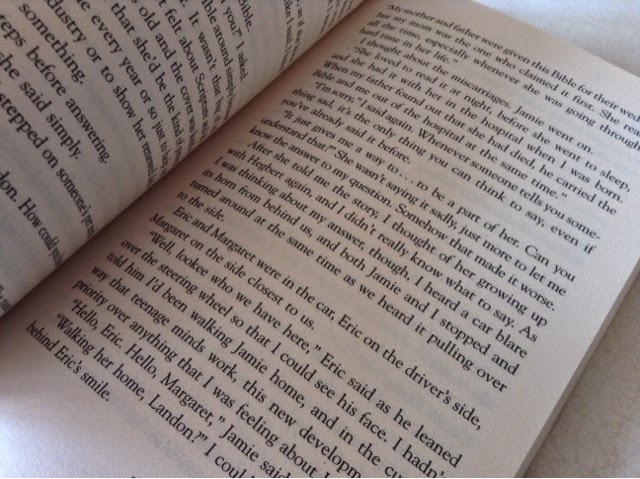 I’ll be honest, when I first picked this book up, I had no idea what the story was about, and I also had no idea that it had already been made into a film! I had bought it purely because of it’s thickness (or rather, lack of thickness!) I was after a light read this week because I had lots of plans lined up for the weekend.
At first I found the book to be quite slow – Sparks spends almost the whole of the first chapter describing the surroundings and setting the scene for the story, but after that, I was hooked and found myself really imagining the characters and relating to Langdon’s, feelings about Jamie.
Without giving too much away, the story is written from the perspective of a 17 year old boy called Landon, who is rather unfortunately paired up with a girl called Jamie for a school Christmas play. Nobody at school likes Jamie as she is ‘different’, and Langdon is embarrassed to be seen with her, even more so when he has to walk her home after school. Eventually, as with most cases, Langdon gets to know Jamie and the pair fall in love, but there was a rather sad and unexpected twist at the end.  – Considering he wrote ‘The Notebook’ how did I NOT see a sad ending coming?!
The story was very emotional towards the end, and I almost didn’t want to read anymore. I just wanted to shut the book and pretend that they both lived happily ever after, but regardless of the sad story, the book gave a very strong message about humanity and that we can all be better people.
My only criticism is that the book seemed to end so quickly. I wanted to read more, to find out what happened to Langdon after the story had ended, but there was nothing more.
I have no idea what the film is like, but I really did enjoy the book and would recommend it. 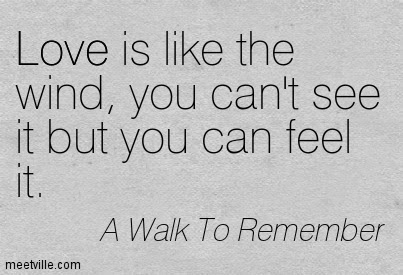