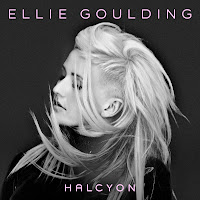 Having heard only a handful of songs by Ellie Goulding, I will gladly admit that buying this album was a bit of a gamble. Of course I previewed the 30-seconds-long song clips on the iTunes store but in order to get the best possible deal, I scoured the internet in search of the cheapest price and did what everyone does; I turned to eBay and trade-in CD shops.
I purchased my copy of the album from CEX for a mere £3 and put it in my car CD player. The first track instantly drew me in with its mystical melody and intense drumming. I was hooked. My favourite track on the album is without a doubt Explosions for the dramatic build up and emotion in the song, however I would also list Don’t Say A Word, My Blood and Only You as my top, and most listened to tracks.
Ellie Goulding has an interesting vocal sound that is so different from other artists currently in the charts, an impressive range of notes and a somewhat soft and charming sound at the same time.
With a mixture of soft, soothing songs and upbeat, feel-good tracks, this album definitely lives up to its title, ‘Halcyon’ (meaning a period of time that was happy and peaceful). The album is available in two editions, a standard version which has 13 tracks, and a deluxe version which has 18 tracks – something that most artists are doing at the moment; and I cannot stand! (but hey, that’s just my opinion)
Whether you’re an Ellie fan or not, I would definitely recommend sampling the album on the iTunes store, you might just surprise yourself. I have since gone on to buy her previous album, Bright Lights
Rating: 5/5

« Everybody loves Batman
My Friday’s Fancies… »