November means pretty much five things: fireworks, bonfires, hot chocolate, cosy nights in and MOVEMBER!
Movember is a charity that has been fundraising for men’s health awareness for a few years now – since 2006 to be precise! The idea is that at the beginning of the month, men will be clean shaven and commit to growing a moustache for 30 days, getting sponsor money in the process which is then donated to men’s testicular cancer charities.
Personally I’m not a fan of the ‘stache… I imagine it’s quite itchy and annoying, but I’ve been told by lots of people that they can be quite smooth and soft… I have no idea, but I certainly respect and appreciate the good cause.
Since I do not have the ability to grow a moustache (thank goodness!) I thought I would post a rundown of my top 10 Movie and TV Moustaches…
10. Matt Dillon playing Healy in There’s Something About Mary 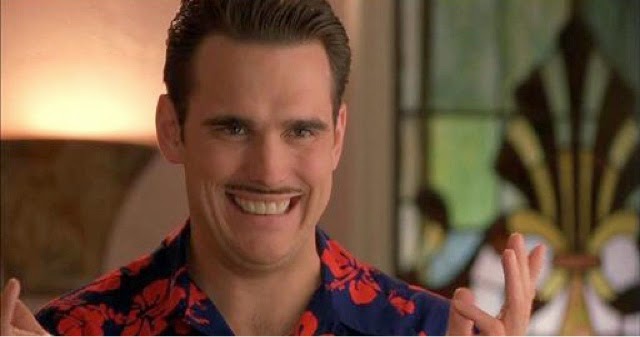 Personally I find this look quite creepy! It reminds me of Tim Curry in Annie (which was my favourite film when I was little) so I associate it with being the ‘bad guy’, like a 1920s mob gangster… 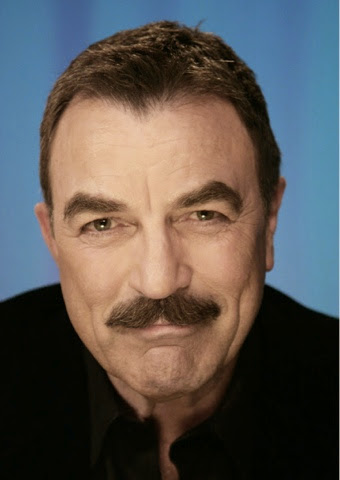 The on-again-off-again boyfriend of Monica’s has a really stereotypical shaped ‘tashe, doesn’t he? 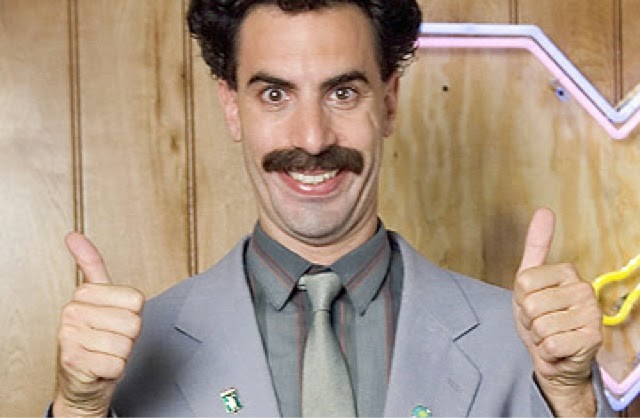 Haha, ahhh Borat, what can I say? “I like” Errm… no… I don’t, but Borat just wouldn’t be Borat without it!
7. Yosemite Sam by Warner Brothers 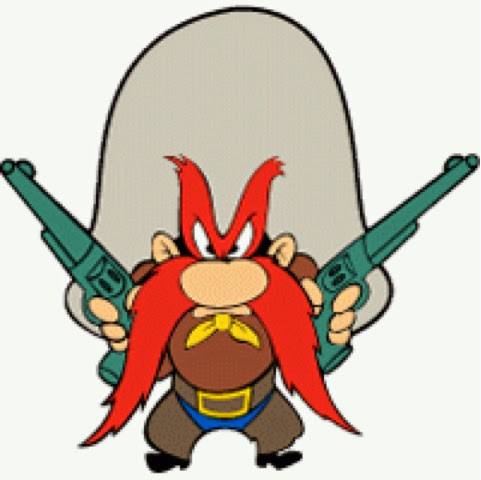 I’m not sure whether this dude technically counts as having a moustache… it was more like a beard-stache! Still, it’s epic… and ginger <3
6. Will Ferrell in Anchorman 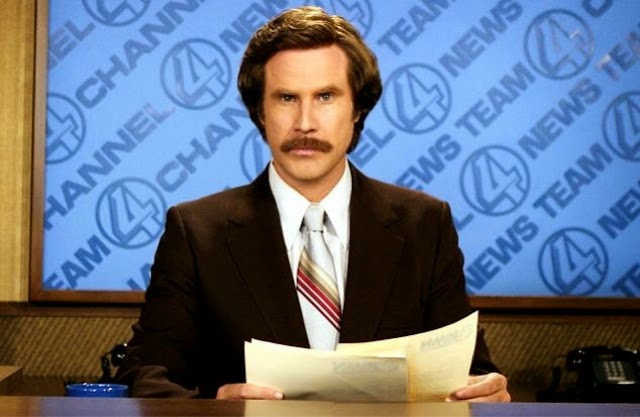 I absolutely LOVED this film, although I still haven’t seen the sequel… :-O

5. Ned Flanders in The Simpsons Movie 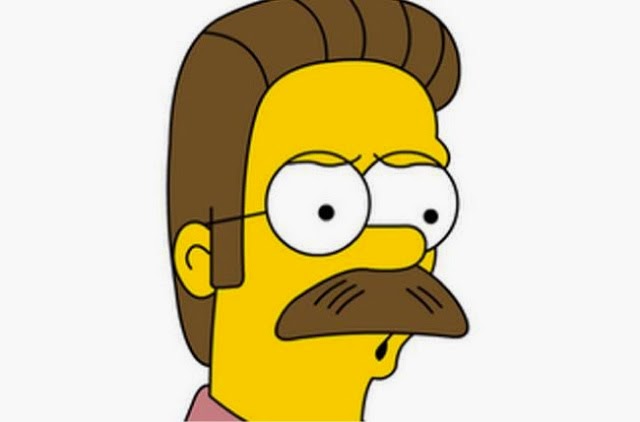 Aww, Ned Flanders… such a sweetheart! 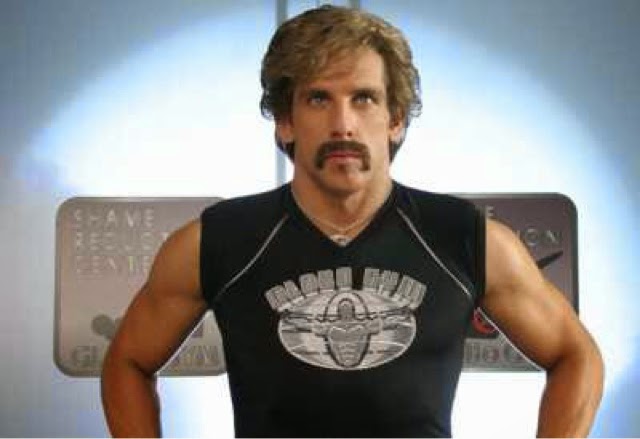 I’m not sure whether I like Ben Stiller or not… I enjoyed his more ‘serious’ films like Night at the Museum and Meet the Parents/Fockers/Little Fockers, as opposed to the ‘silly’ films like Dodgeball, but this ‘tache has gotta be up there. No, it may not be real, but it’s quite amusing!
3. Charlie Chaplin 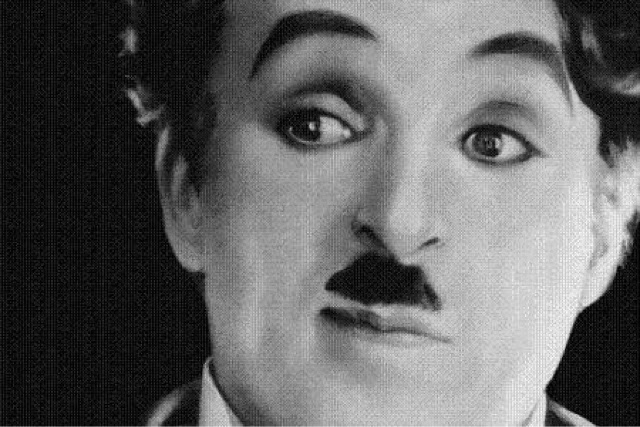 Such an iconic look! Whether you like it or not, it’s become his trademark and therefore reaches my number 3.
2. Dustin Hoffman as Captain Hook in Hook 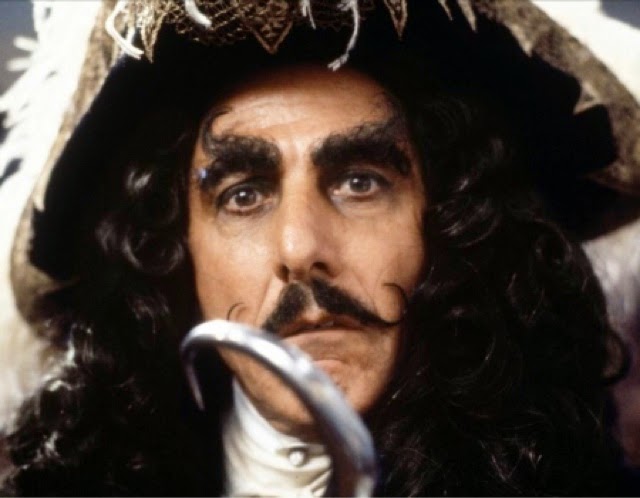 This picture terrifies me… *shudders*
1. David Suchet as Hector Poirot in Poirot 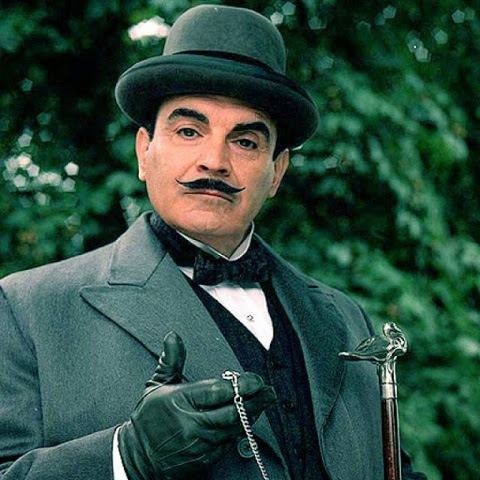 My number one goes to David Suchet in Poirot. Did you know that Suchet always stays in character when he’s filming this mystery series… even between takes! I guess that’s a good thing really…
If you know anyone who’s taking part this month, make sure you sponsor them and wish them luck!
What are your thoughts on the ‘tache? Are you a fan? Why?
…And who would be in your top 10?
﻿