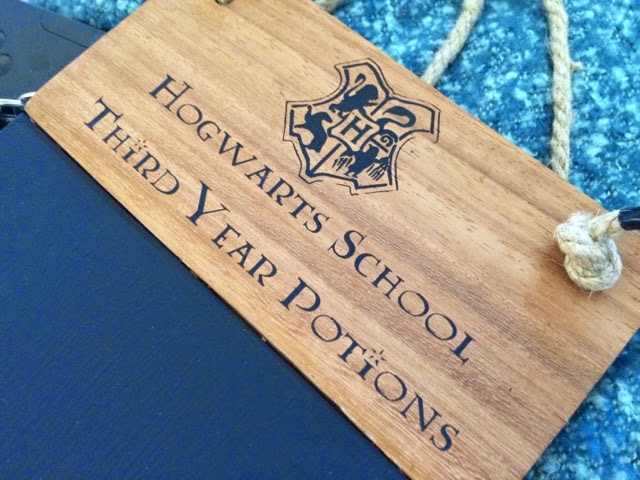 My BFF is COMPLETELY obsessed devoted to Harry Potter (much to her husband’s disapproval) and, as it was her Birthday, we celebrated with a meal at one of the greatest places on Earth – Nando’s! Along with a few other gifts, like nail varnishes, a scarf (which she pointed out on one of our epic shopping trips) and a Harry Potter ‘Always’ necklace that I’d found online (complete with the Deathly Hallows logo forming the letter ‘A’) I decided to make her a novelty Harry Potter chalkboard for her kitchen. As I teach Design and Technology in a secondary school, I was able to use the space and a lot of the machines there. 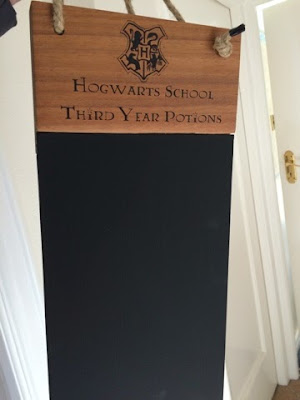 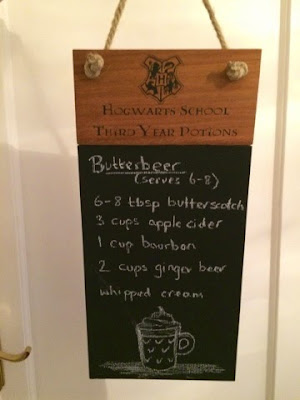 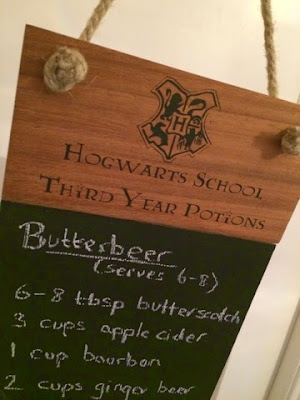 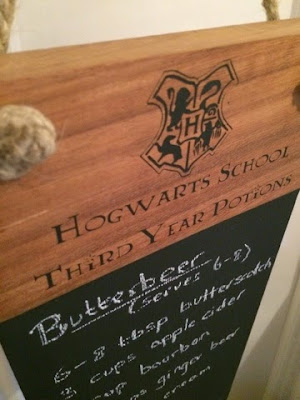 The icing on the cake though (excuse the pun) was this Sorting Hat Birthday cake, made by her sister. Everybody in the restaurant was complimenting it and when we asked for a knife after the meal in order to cut it, his response was “It’s a cake?! I thought it was real!!”. It was so unbelievably detailed and tasted delicious!! Nom!! 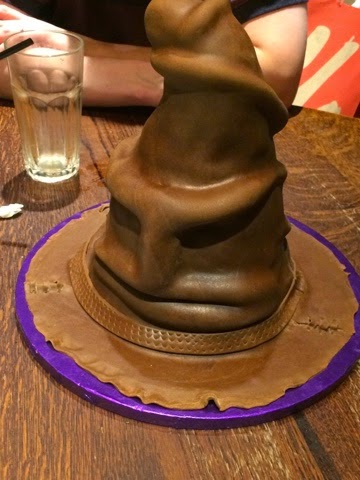 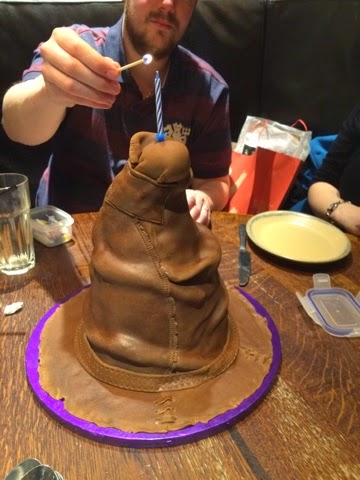 « A Lovely Seal-prise At The Beach!
A Royal Day Out »