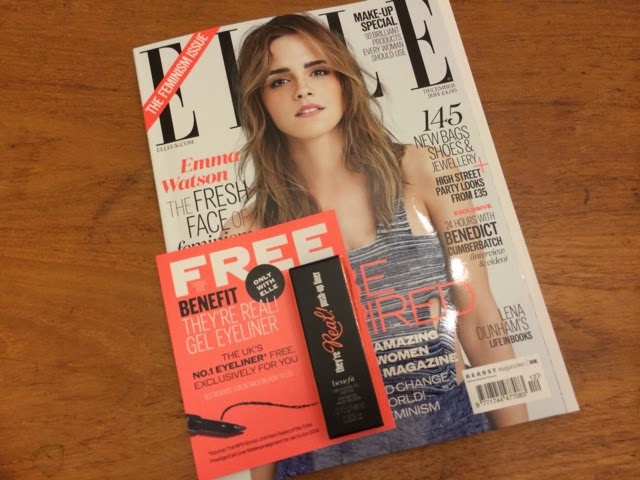 I have to openly admit that I am a bit of a magazine hoarder. As usual, the pretty colours were screaming at me from the shelves this week and when I saw that the latest issue of ‘Elle’ not only features Emma Watson (I’m not really a ‘fan’, but I have a new found respect for her after her equality campagne) but also comes with a FREE Benefit They’re Real Push Up Liner, I thought it was worth buying.
I love Benefit products, especially their They’re Real Mascara, so I was super excited about this one! 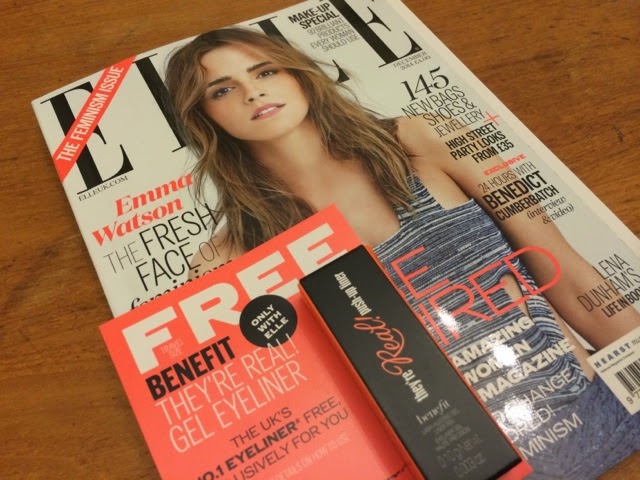 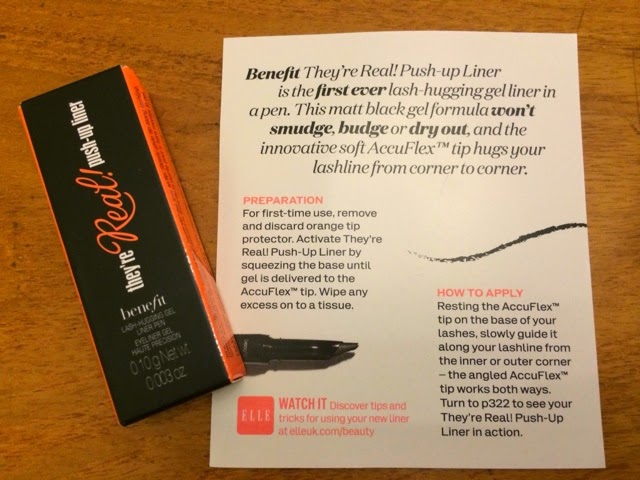 I’ve heard very mixed reviews about this particular liner, so I thought the only way to truly find out what it was like was to try it. BUT… before I even opened the box I was made to feel slightly uneasy and completely befuddled by the instructions on the magazine. They were making this sound much more complicated than it needed to be! 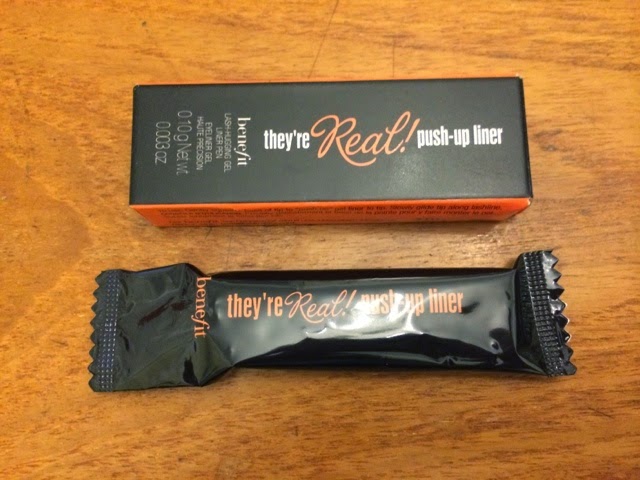 The packaging, as lovely and high quality as it was, was a little bit unnecessary and without scissors took me a while to break in to the stechy polyethylene bag. It’s not like a foil kit-kat wrapper that you can smoothly peel open, oh no!
When I opened the wrapper and took the lid off the liner to have a look, I noticed a little orange hygiene ‘cap’ on the tip – great idea if you ask me, not only do I know nobody else has tried it, but it also stops leakage and air getting to the product *thumbs up!* I flicked it off and proceeded to apply.
This is where I got really confused… the instructions said to squeeze the base to make the gel come to the top… but it’s solid?! Hmm.. maybe I’m supposed to squeeze the rubber neck? Nothing… Do I twist? Argh! What do I do?!
I concluded that the only reasonable idea was to squeeze the rubber neck. Success!
Admittedly, the colour of the gel is a very strong black and isn’t ‘washed out’ like most other liners can be and it stays in place for a super-long time. In fact, there’s a special They’re Real remover to help take it off!
To be entirely honest, I’m not swayed by the idea. I like the concept of being a push-up, rather than a pencil which blunts and needs a whole lotta sharpening, but I’m also way too attached to my liquid liners