On Monday night I was lucky enough to be invited to the ICEBAR in London for the press launch of ICEBAR ROCKS, a celebratory theme in honour of their 10th Anniversary.
When we arrived at the ICEBAR we were welcomed by two ladies who ticked our names off the list and ushered us downstairs into the function room, where we were greeted with several different cocktails and some beautiful appetizers, including mini burgers and a chilli and mozzarella bowl. It was a very special experience and as more guests arrived it was interesting to see the wide range of invitees, from bloggers like myself, to the press and execs.
Speeches were given by Tom Hunter, Head of Sales and Marketing, and Jens Thoms Ivarrson, Director of Design at ICEHOTEL and lead designer on ICEBAR LONDON ROCKS, who explained how ice is hand-selected from natural rivers in Sweden and transported to the UK, where it is then hand carved and sculpted by Ivarrson and his talented team. Almost 40 tonnes of natural river ice was used to create the stunning ICEBAR ROCKS theme and Ivarrson described how he and his team used a ‘new technique’ to create the new complex designs. A block of pure ice was then brought to our attention, and the clarity and pureness of the ice was obvious. 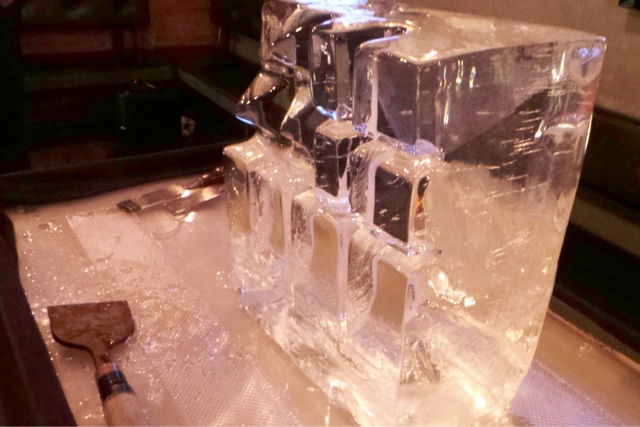 Once the speeches were over and we had all had a chance to ‘wow’ over the block of ice, the doors to the ICEBAR were open and we were allowed to come and go at our leisure. We donned the metallic blue cape and gloves and ogled at the incredible designs before making our way to the bar area, where we were served complimentary 10-year-old Champagne to celebrate the 10 year Anniversary in pure ice glasses. I must admit, even though I had the thick gloves on, the glasses were still freezing cold to hold and so I had to put it down every few minutes on the ice-tables! 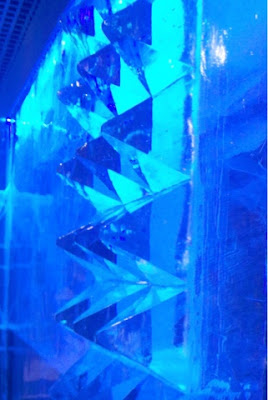 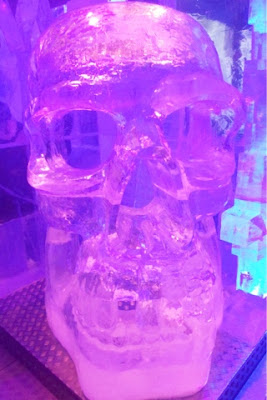 The drinks menu was themed around classic rock songs and so featured cocktails such as November Rain, Dirty Little Secret and Back in Black.
Joey Hi-Fi, a South-African illustrator, was commissioned to design a life-sized image of a tattooed rock singer which was then carved into the ice on the main wall. Each individual tattoo on the singer’s arm is so detailed and so clear and features classic rock legends such as David Bowie and Jimmi Hendrix. 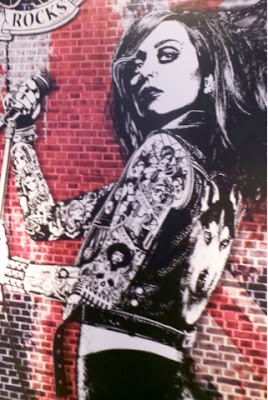 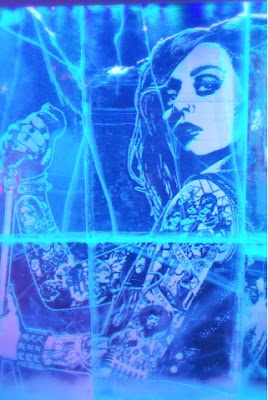 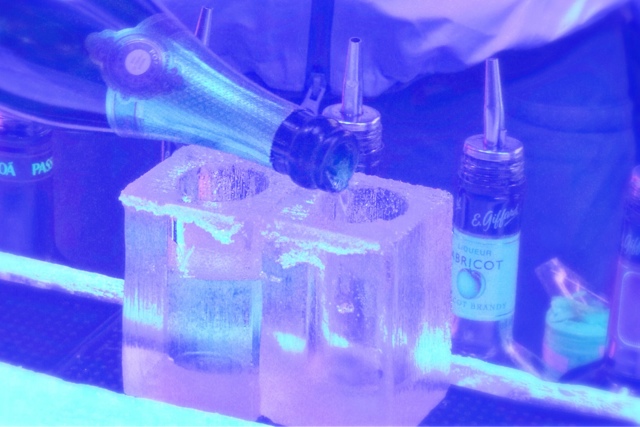 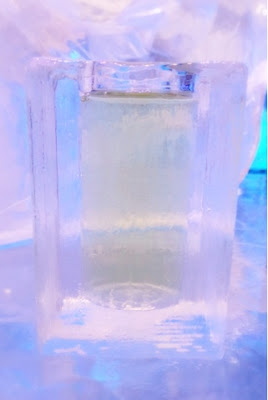 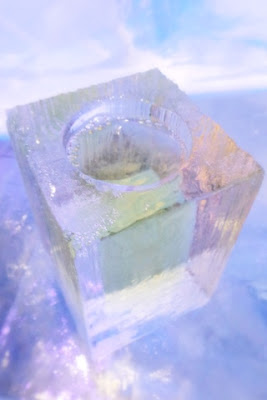 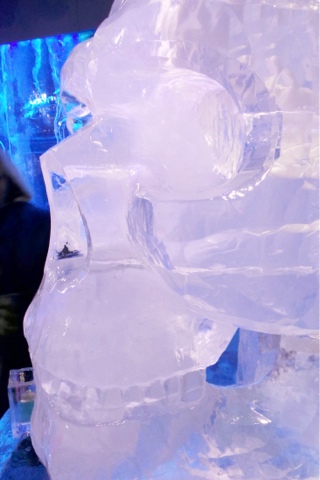 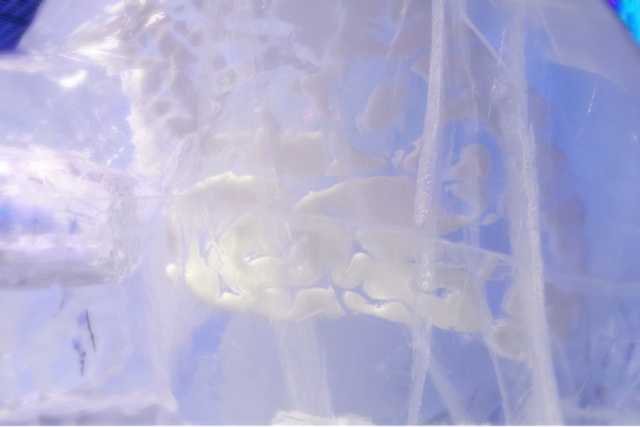 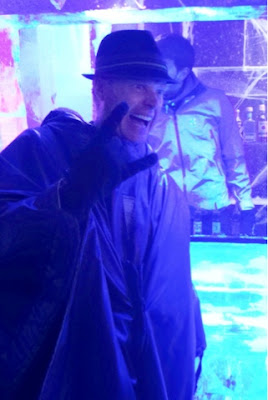 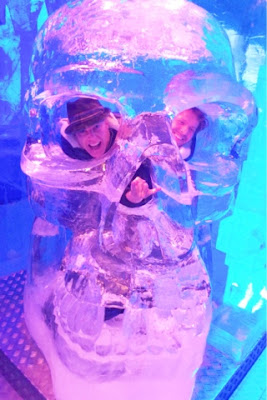