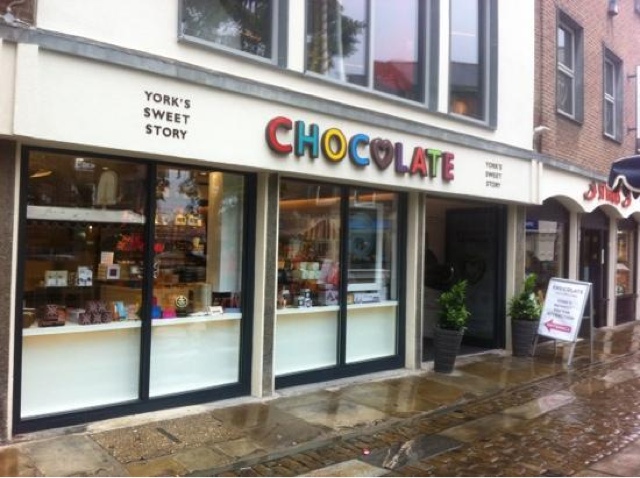 I went to York last week with the bf to visit a friend who is at Uni there. During the days while he was at his lectures, we decided to visit some of the local attractions. We didn’t go with a plan as such, but I had been on Trip Advisor and though that York’s Chocolate Story would be worth a visit.
From the outside it didn’t really look very big – no bigger than an average high street shop – so I was a little downhearted at first, wondering whether it would live up to the expectations that the reviews had given me. I was quite mistaken though! 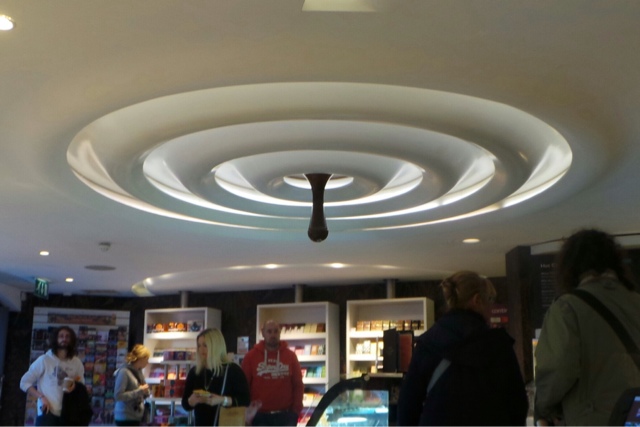 To begin the tour we were lead into an elevator (Willie Wonka eat your heart out!) which took us upstairs to an empty room. We were greeted by our tourguide, who didn’t seem very old but certainly knew his stuff. He told us all about how chocolate was originally an Aztec drink and was never considered a food until just before the war. We watched a couple of films and were given samples of how the Aztec’s drink would have tasted (gross!) and how the first 1930’s solid chocolate would have tasted (basically like dark chocolate) but sadly I wasn’t allowed to take photos.
There was a great part of the tour whereby videos of the numerous confectioners were set up like paintings on the wall (very ‘Harry Potter’) and our tourguide interacted with them. Even though it was scripted, it was great and a really creative way of teaching us tourists who’s who! 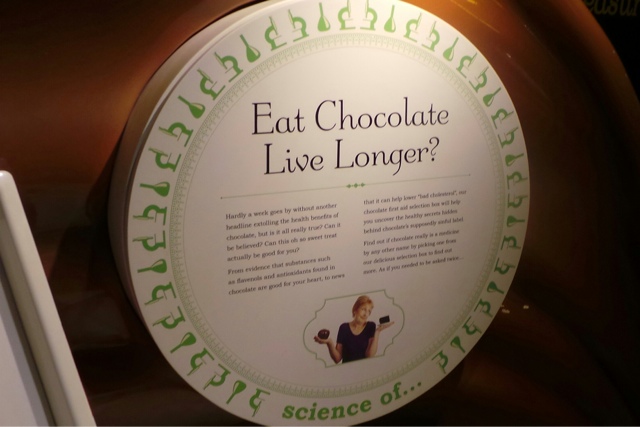 We then went into the chocolate factory, where I was allowed to take photos. It was here that we learned how chocolate goes from a bean into a bar, and it was demonstrated by an interactive workstation. The tourguide chose two volunteers to demonstrate each process as he explained it and we were given a sample of a cocoa bean to try. I really didn’t like it at all! 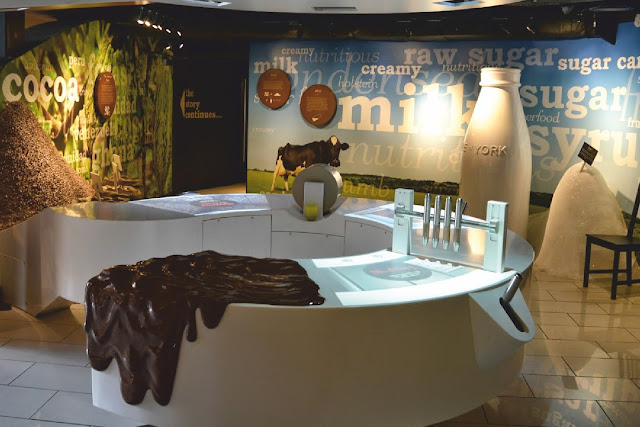 Next we were shown how to examine and taste chocolate properly… 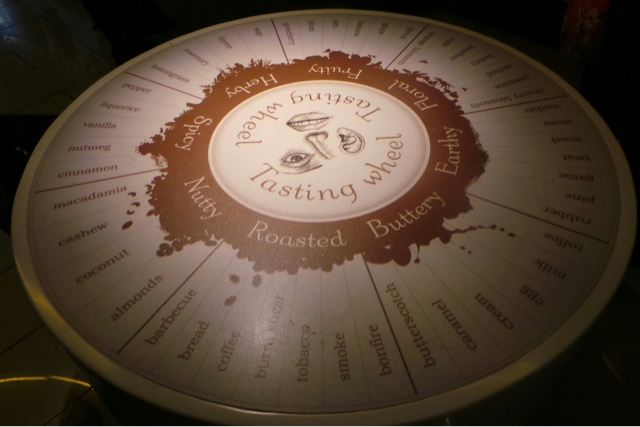 Now for the fun part – making our own chocolate lolly! Since it was nearly Halloween, the bf decided to decorate his as a scary Jack-o-lantern style face, whereas I just went for a mish-mash of different sprinkles. 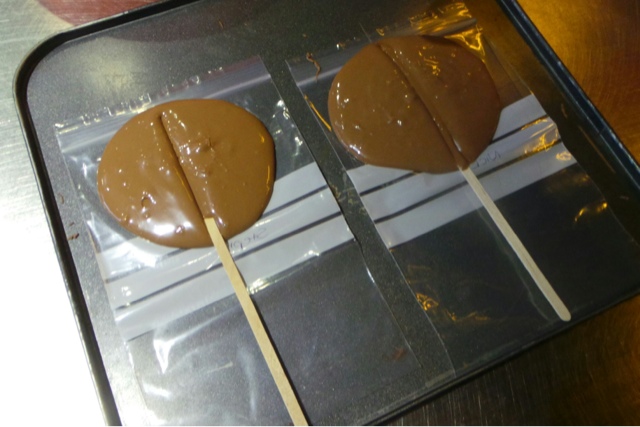 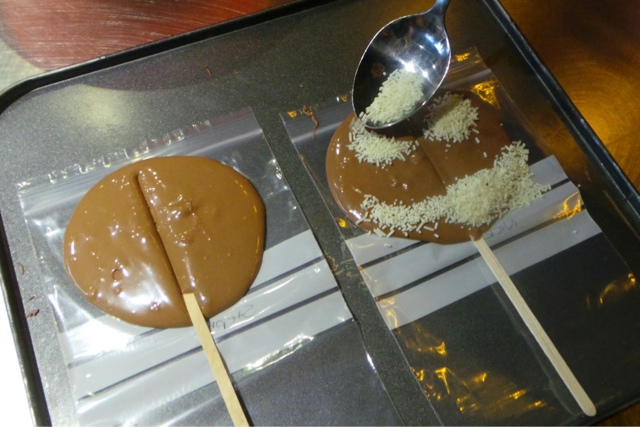 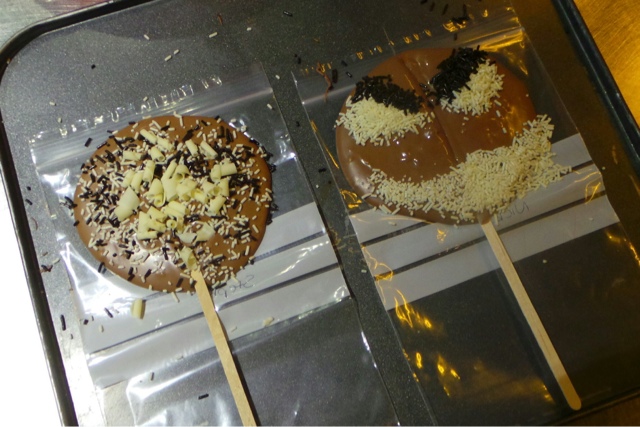 Finally, to end our tour, we were given a chocolate making demonstration. 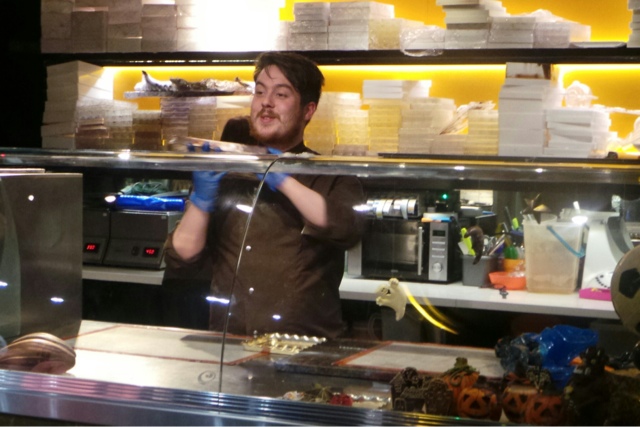 The chocolate is tempered and then gets poured into a mould. The excess is then scraped off the top and then… wait for it… the mould is then tipped upside down and the chocolate is allowed to drip back into the cycle. Ok, so that sounds a little odd, but actually a thin chocolate layer is left in the mould, leaving a hollow space for a flavoured filling. This was then allowed to cool and harden. 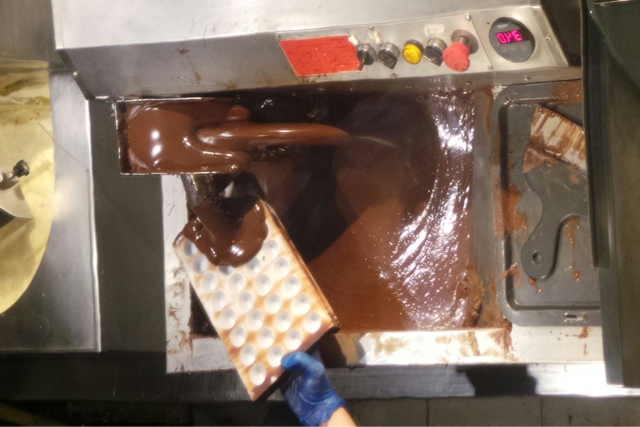 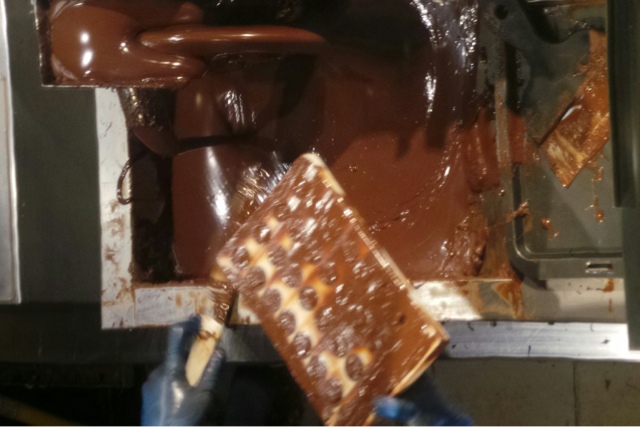 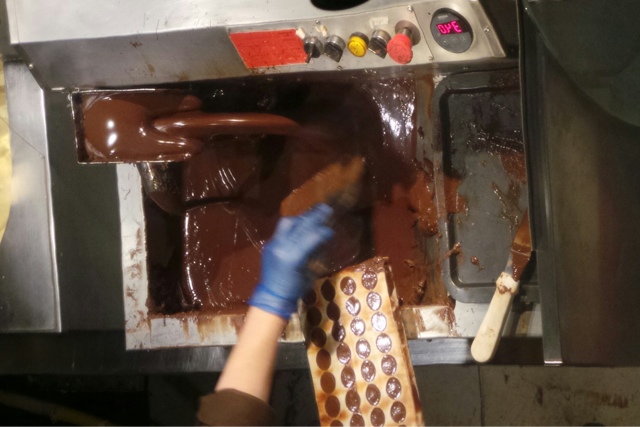 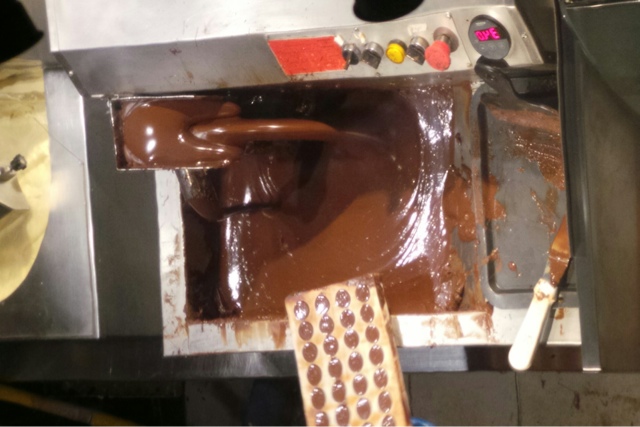 I can’t remember exactly what the filling was, but I’m pretty sure it was a combination of raspberry and white chocolate. It was placed into the hollow shells and topped off with chocolate to create the base. Once again, it was put in the fridge to cool, but in true Blue Peter style, the chocolatier brought out a batch of chocolates that he had made earlier for us to try. I thought they were going to be a little bit sharp as I’m not the biggest fan of raspberry, but actually they tasted amazing! 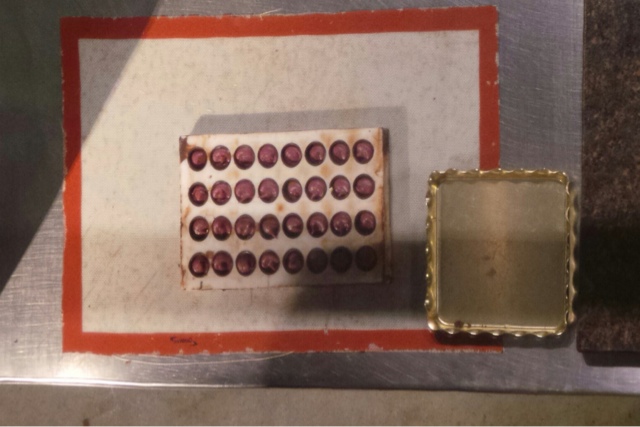