Wow, what a weekend I’ve just had! (That sentence is partly sincere and partly sarcastic)
On Saturday my boyfriend and I threw a World Cup BBQ. I’ve spent three weeks planning the day to a tee and religiously checking the weather forecasts. I’d made cakes, prepped the meat and the salad and decorated the house, although I decided to leave him in charge of the BBQ equipment (man likey fire!) It turned out that the one crucial thing that we needed, he’d forgotten – fire lighters! Luckily one of our friends popped out and got some for us, phew! 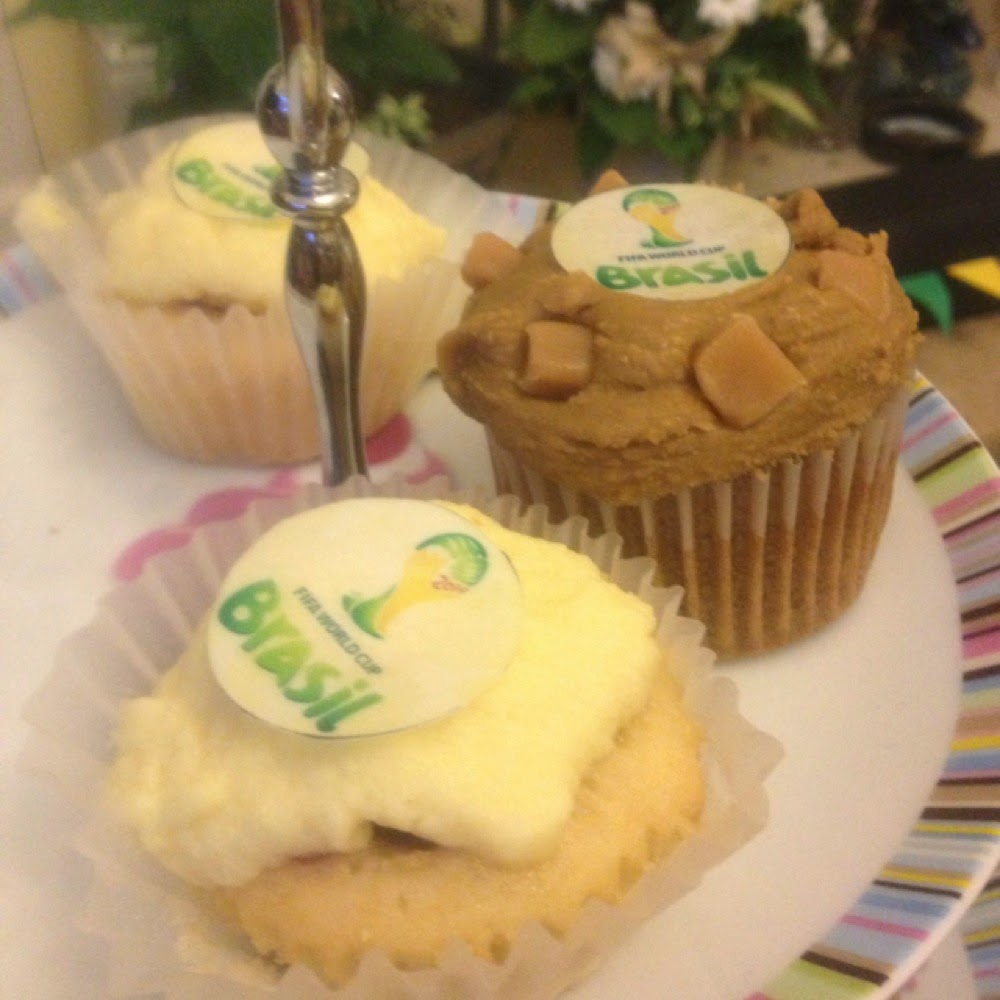 I’d also borrowed a projector from work so that we could watch the football outside, which despite my pessimistic boyfriend predicting otherwise, was a success. We later took the screen indoors and watched the match ‘cinema style’. It was such a shame England lost, but at least we’ve still got two more games to prove ourselves! 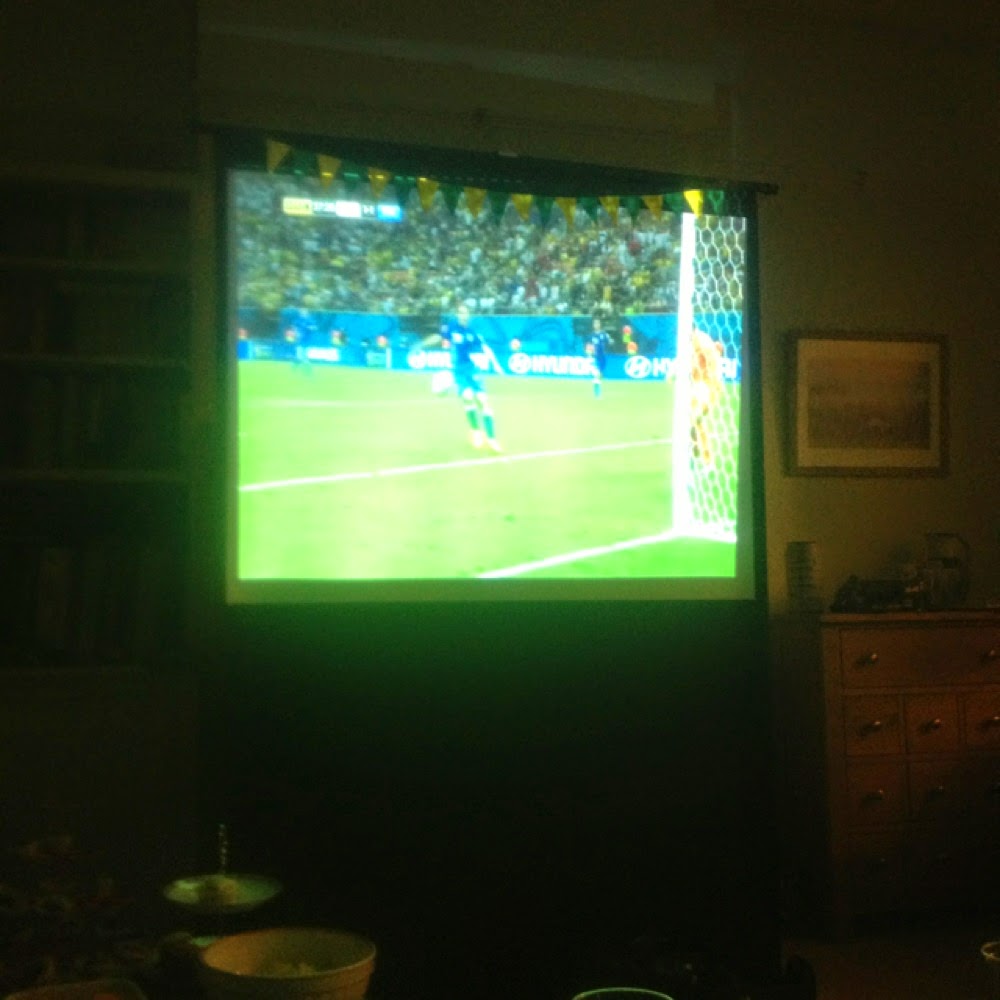 Yesterday, however, was not so great! I’d driven my boyfriend to the local golf centre to look at some new clubs. On our way home though, my car decided it had had enough, and broke down. After restarting the car, luckily I managed to roll into a Burger King car park, which unbeknownst to me was to be our home for the next 7 hours! (Seriously, there’s only so much i-spy you can play!)
I phoned the AA and told them I was 99% sure a coil had gone – a relatively quick and cheap repair! Long story short, the AA sent another company to come and look at my car due to the ‘high demand’, and even though the cost of the part should have only been around £20-£30, they decided to charge £110 for the part alone. I refused and told them I wanted a tow home. They then told me a truck would be along in “10-15 minutes”. To my surprise a truck did indeed arrive, but the driver was not there to tow me home. Instead he said “I’ve got a coil for you”. After explaining that I did not ask for the coil due to the extortionate price, he was very rude and angry, telling me “I’ve come here to sell you something, it’s not my job to take you home”. He then drove away…. Like I said, RUDENESS!!!
A few hours later we were finally saved by a proper AA lorry. When I told him what had happened, he was furious and logged an official complaint on my behalf. He said that the company should never have quoted me such a high price, and managed to get an official AA mechanic out to me the next morning. We eventually got home in the early hours of the morning, and after a quick text message to my boss, who agreed to let me come into work a bit later than usual, I went to sleep.
On the bright side, I got my first ride in a lorry 🙂 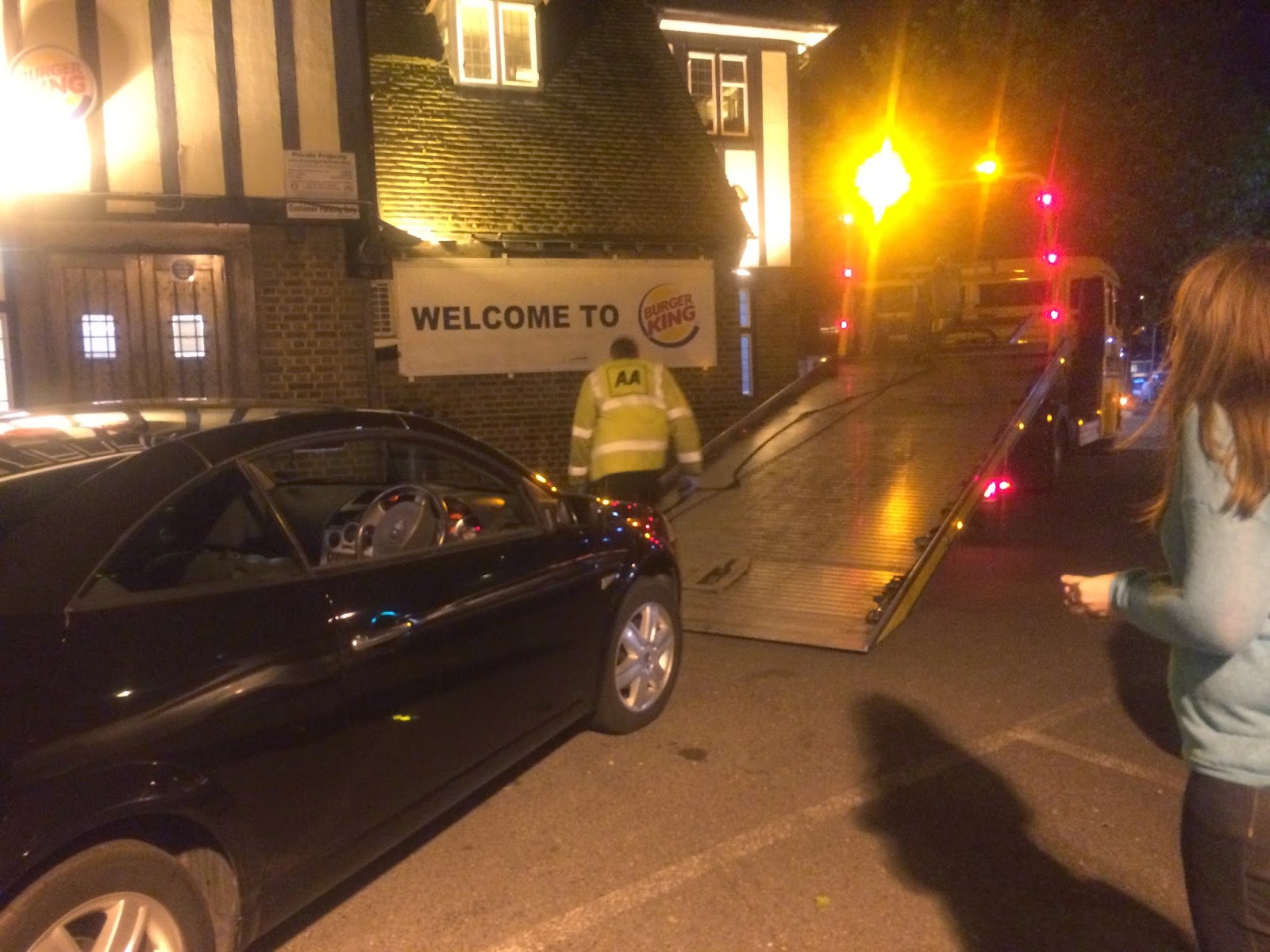 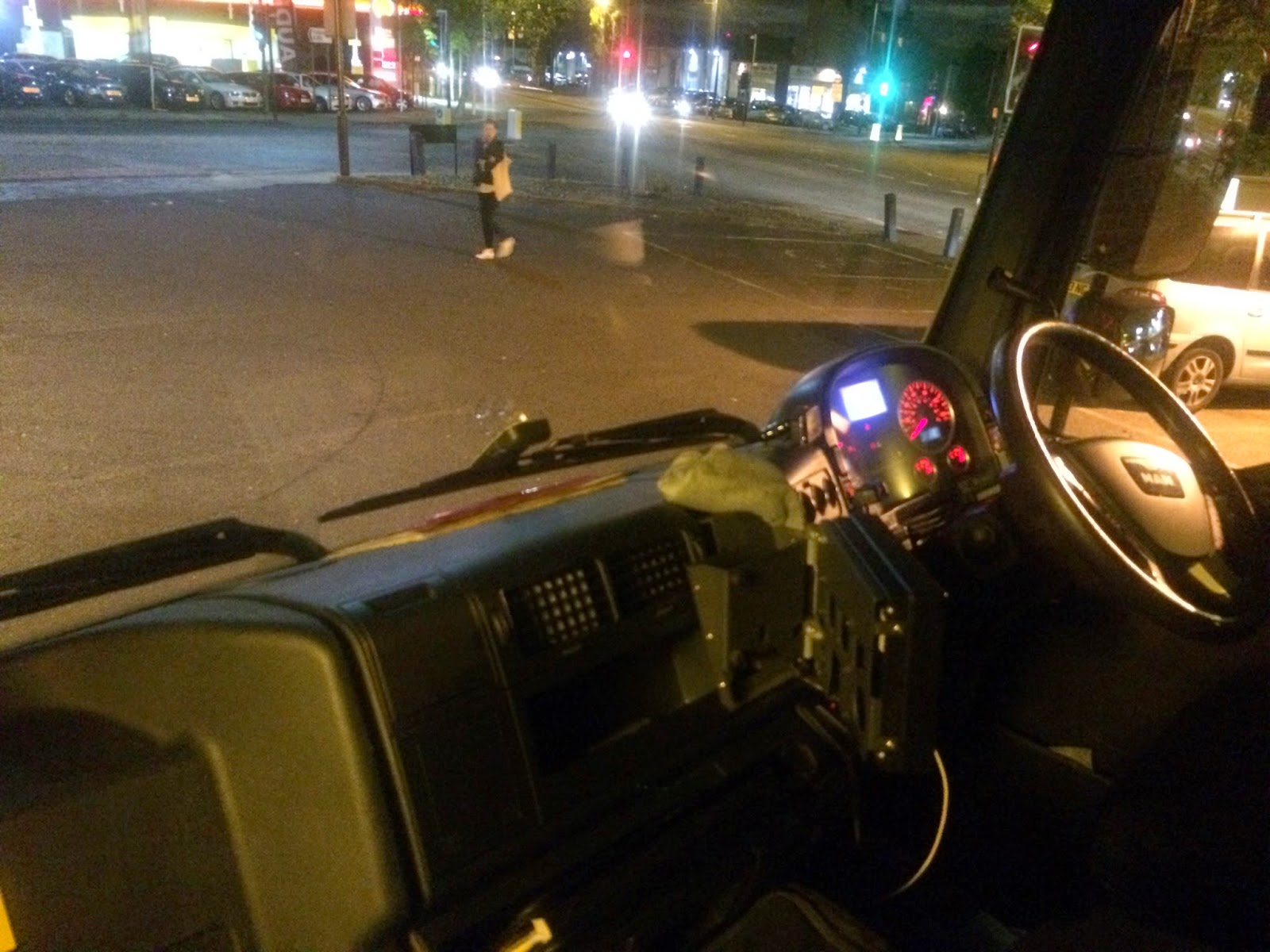